Since October is coming up, I wanted to visit a place which is really haunted. I was in Baguio city and I decided to visit the old Dominican Hill Retreat House otherwise famously called the Diplomat Hotel. I didn’t do much research on it since all I wanted to do was experience the supernatural

It was a cold raining day and I went there with a couple of friends. Two of my friends had a third eye. If you have a third-eye, it seems that you can see the ghost and the undead. Anyway the moment we go to the Diplomat Hotel, my friend Jas was just quiet the entire time and she wouldn’t utter a word. She just kept looking straight and just simply advised me not take a selfie. I already found that strange.

The moment I saw the hotel; it was really eerie and gave me the creeps. There were people around and I decided to go with the flow. The moment you enter, you need to sign on the the logbook. I decided to log in the names for my friends while they went ahead. I asked the guard, who seemed pretty uncomfortable especially when I asked this question.

I asked him, why do you keep a logbook? He simply said that if anything ever happens to you or an accident occurs, they know who to contact. I asked him if anything happened lately in the hotel. He said that a small child fell off the roof and two Diplomat Hotel employees jumped off the building for unknown reasons. His answer already gave me the creeps.

We went to the first floor and I went to every room. It didn’t really scare me since it was still daylight and there were other people around in which I decided to go the second floor

The next floor you can see a bunch of graffitis and a wall dedicated to the people that I assumed at the time died in the hotel which will eventually lead you to the top floor on where the cross is situated.

My friends Jas and Joko were starting to get uncomfortable after each floor and asked if we could leave. I said sure since they looked really nervous the entire time. Jas asked the guard if there was ever a fire at the Diplomat Hotel and the guard said he doesn’t know. Before we left, I asked if we could take a group and we took our photo really quick which really ticked me off but since they were so nervous, I decided to go with the flow. They asked if we can go to the Grotto in Baguio in which we did.

I kept asking Jas on what was her problem. She said the entire place was covered with ghosts that she felt that she was at a concert. She said on the first floor, she saw plenty of headless ghosts which freaked her out. She also saw a child ghost and on the top floor, she saw that the entire hotel was on fire. I just thought it was all crap until I decided to Google about it.

I read about it and apparently the Japanese in World War II took over the Diplomat House which was back then a vacation house. They murdered, raped and committed several war atrocities. They also beheaded many priests and nuns. After the war, the Japanese soldiers themselves committed suicide at the hotel. Many years later it was later turned into a hotel. The Hotel once broke out fire trapping many of the guests inside the hotel where they all eventually perished.

The Diplomat Hotel is now a great place to visit for photography, wedding receptions and even for gamers. The halls could be rented for P200 an hour. It would cost P2,000 a day for weddings, training, and workshops. You can also do a night visit if you asked for permission but I wouldn’t go there at night. 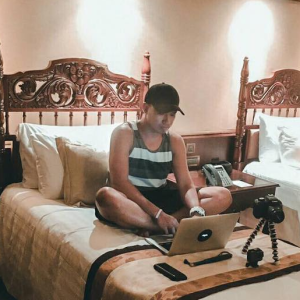 Puerto Princesa: The Return of Paradise 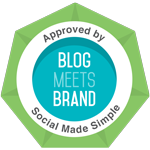